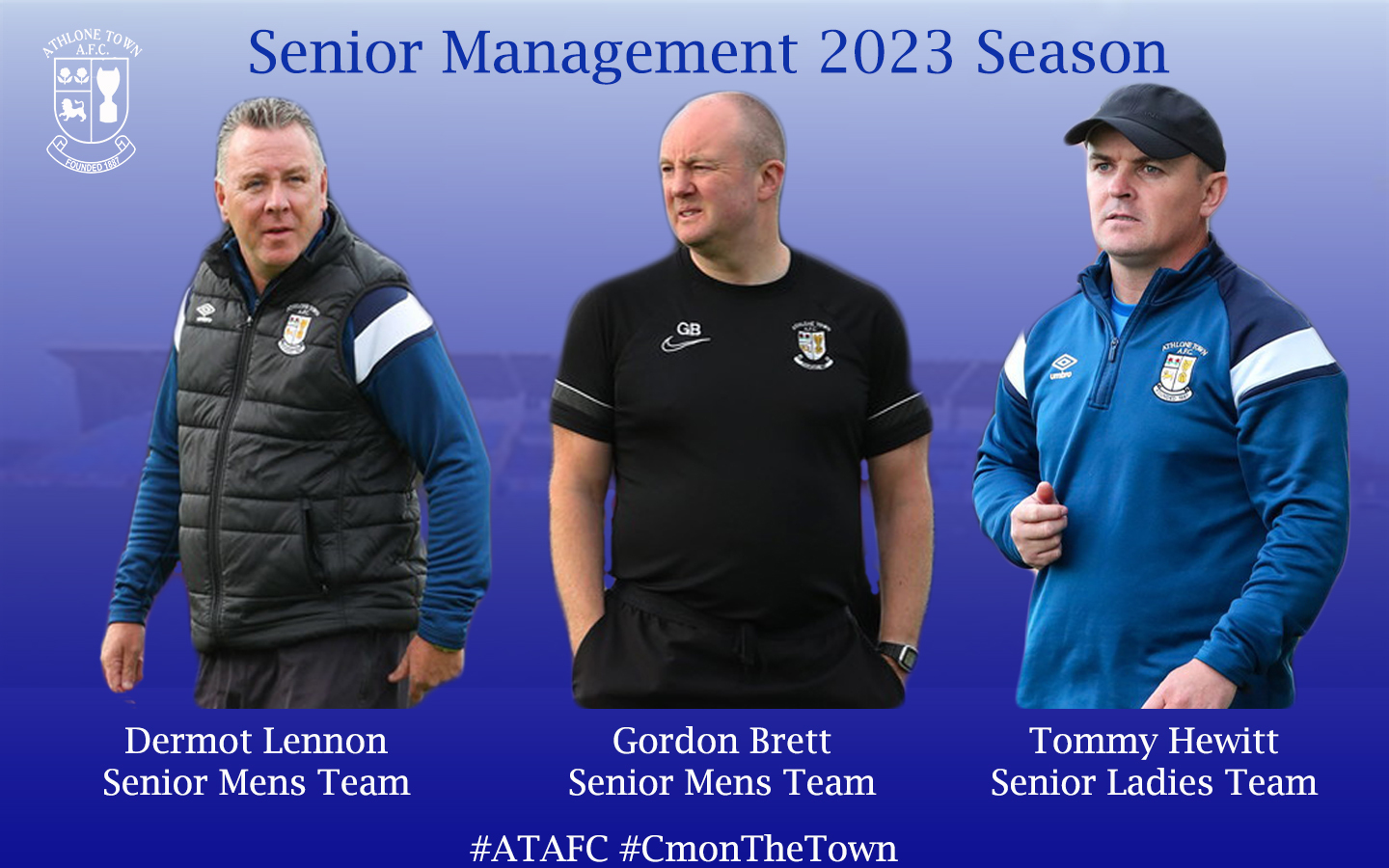 𝙎𝙚𝙣𝙞𝙤𝙧 𝙇𝙖𝙙𝙞𝙚𝙨 𝙉𝙖𝙩𝙞𝙤𝙣𝙖𝙡 𝙇𝙚𝙖𝙜𝙪𝙚 𝙈𝙖𝙣𝙖𝙜𝙚𝙢𝙚𝙣𝙩
We are delighted to confirm that Tommy Hewitt will be taking charge of our Senior Ladies WNL team for the 2023 season.

Tommy, who has overseen the team since their entry into the league, led them to the runners up spot in the League and the Cup this season and is now looking to take them to that coveted number one spot.

“We have had a terrific season and I am delighted to continue to lead this wonderful group of ladies on a journey that will hopefully take them to the top of Women’s National League Football”.

The process of putting together the squad for next season has already begun and Tommy will be looking to retain as many of last season’s squad as possible while also looking to add players to give them additional strength in depth.

𝙎𝙚𝙣𝙞𝙤𝙧 𝙈𝙚𝙣𝙨 𝙉𝙖𝙩𝙞𝙤𝙣𝙖𝙡 𝙇𝙚𝙖𝙜𝙪𝙚 𝙈𝙖𝙣𝙖𝙜𝙚𝙢𝙚𝙣𝙩
We are also delighted to confirm that Dermot Lennon and Gordon Brett will continue as the Management Team for the Senior Men’s Team for the 2023 Season.

Dermot and Gordon took over the Management role halfway through the 2022 season and changed the fortunes of the team which had been struggling up to that point. They are now looking to build on that and continue to push up the table.
“Last season, when we came in, was about steadying the ship but now it’s time to push on and build on that,” said Dermot.

To that end they have already started talking to players from last season and have been contacting players to bring in to strengthen the squad.
Gordon Brett, when addressing that issue, said “We need to hit the ground running so for us next season has already started and Dermot and I have spoken to last seasons players and we are now making contact with others with a view to them joining the squad”

Everyone at the Club wish Tommy, Dermot and Gordon all the best for the season ahead.