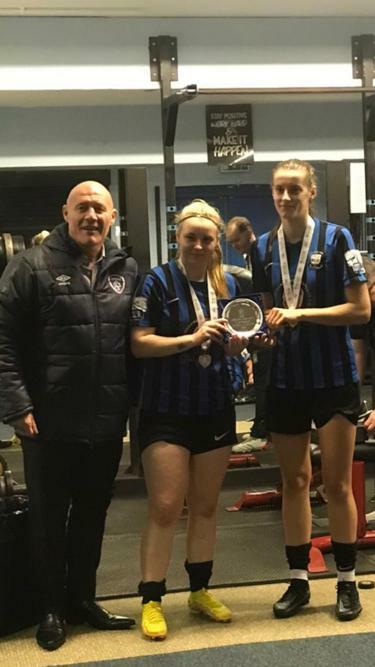 After last weekends tremendous win in the EA Sports U19 National League Tier 2 Final the U19 Ladies had their end of season awards.
The awards were all presented by Dave Connell, the U19 Republic of Ireland Manager.

We all remember Antea's superb 40 yard shot that sailed over the keeper's head into the net and Aisling's attacking run at the defence before setting up Lucy Jayne Grant to score the winner with an inch perfect through ball that sealed the Final.

Congratulations
to all the award winners and to the entire squad on what has been a terrific season and on creating your own history in the Club when you won the EA Sports National League Tier 2 Final last weekend. 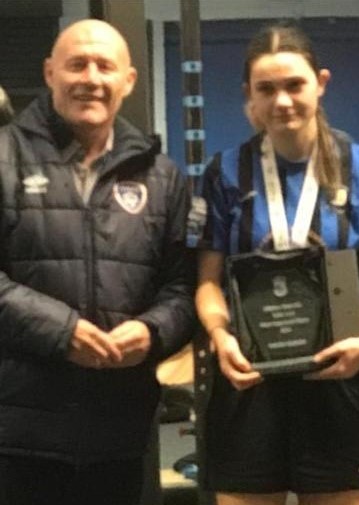 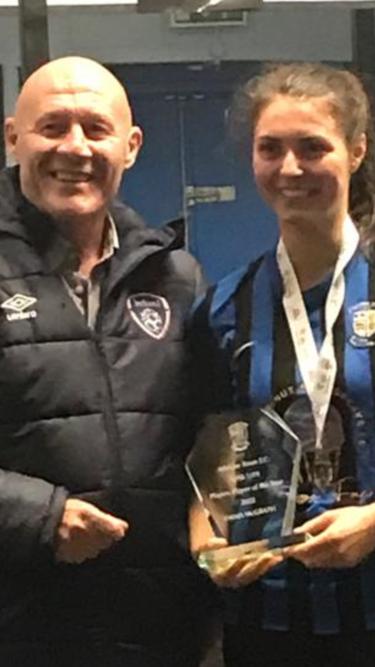 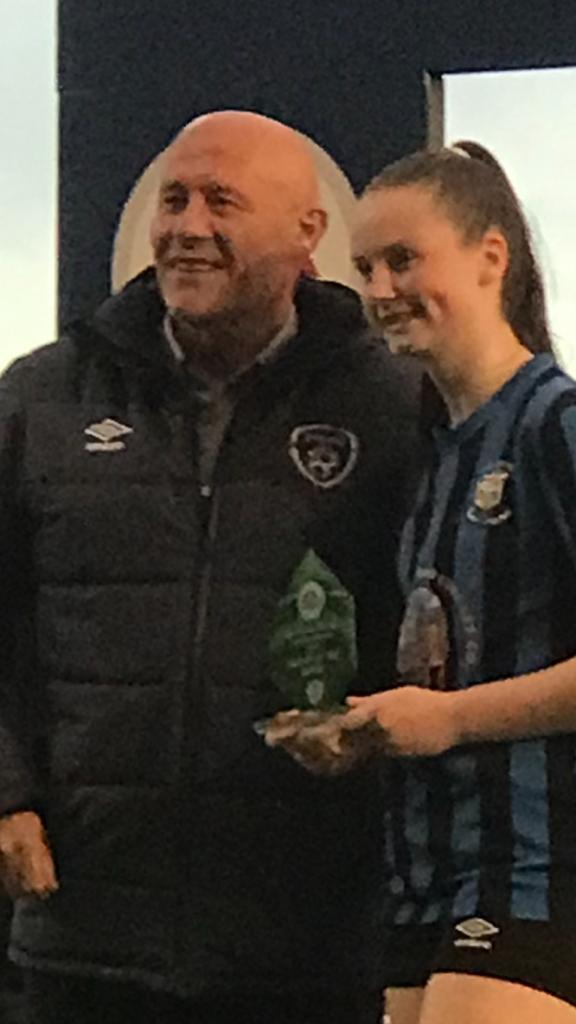 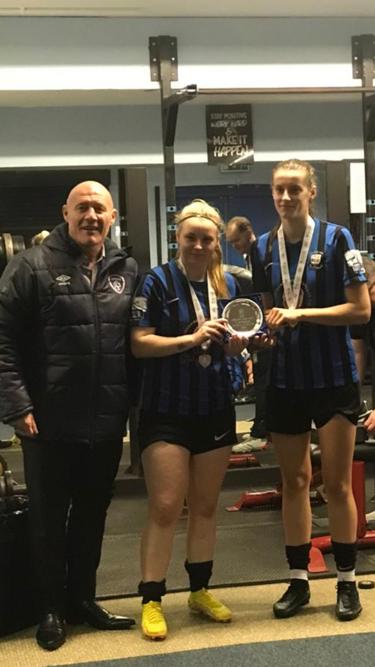 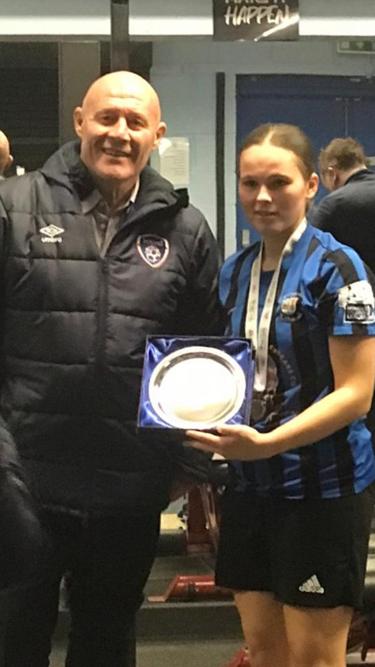