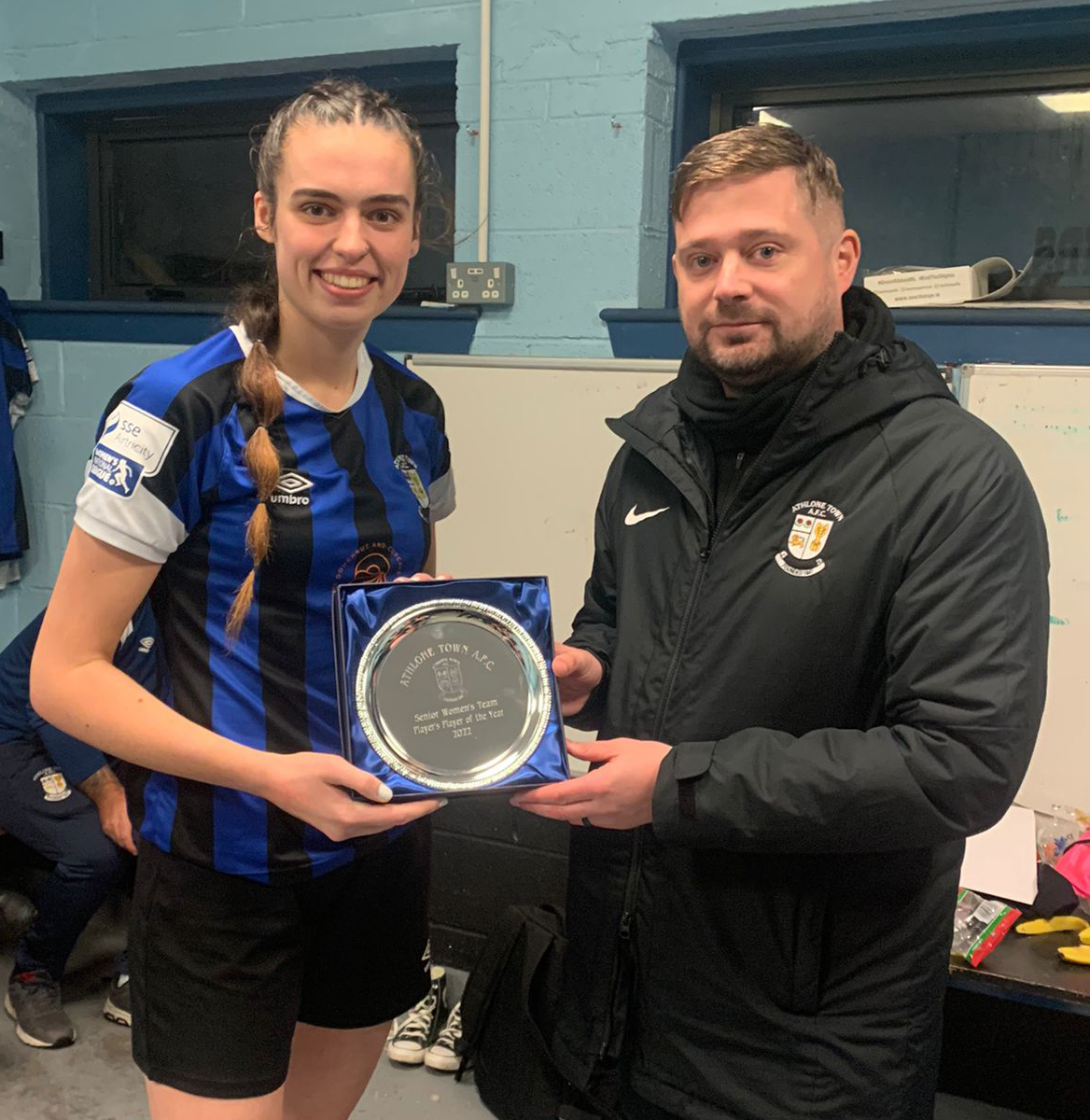 Last Friday evening's game with Galway WFC was the last home game of the season so the season's award were handed out after the game.

The "Player of The Year" went to Gillian Keenan for her consistent top class performances throughout the season that contributed in no small way to our current position in League and Cup. She is seen here receiving her award for Coach Anto Fay.

The "Player's Player of The Year" went to Jessica Hennessy. She deservedly received this award due to her coolness under pressure along with her consistent performances and marshaling of the defence that kept at bay many of the much vaunted forwards in the league. She received her award for David Dully, ATAFC Club Secretary.

There was no doubt about the final award which was for "Top Scorer of The Season" and that went to Emily Corbet.
Emily is currently joint top of the League Golden Boot Table with 19 goals and received her award from Club President Liam Gaffey. 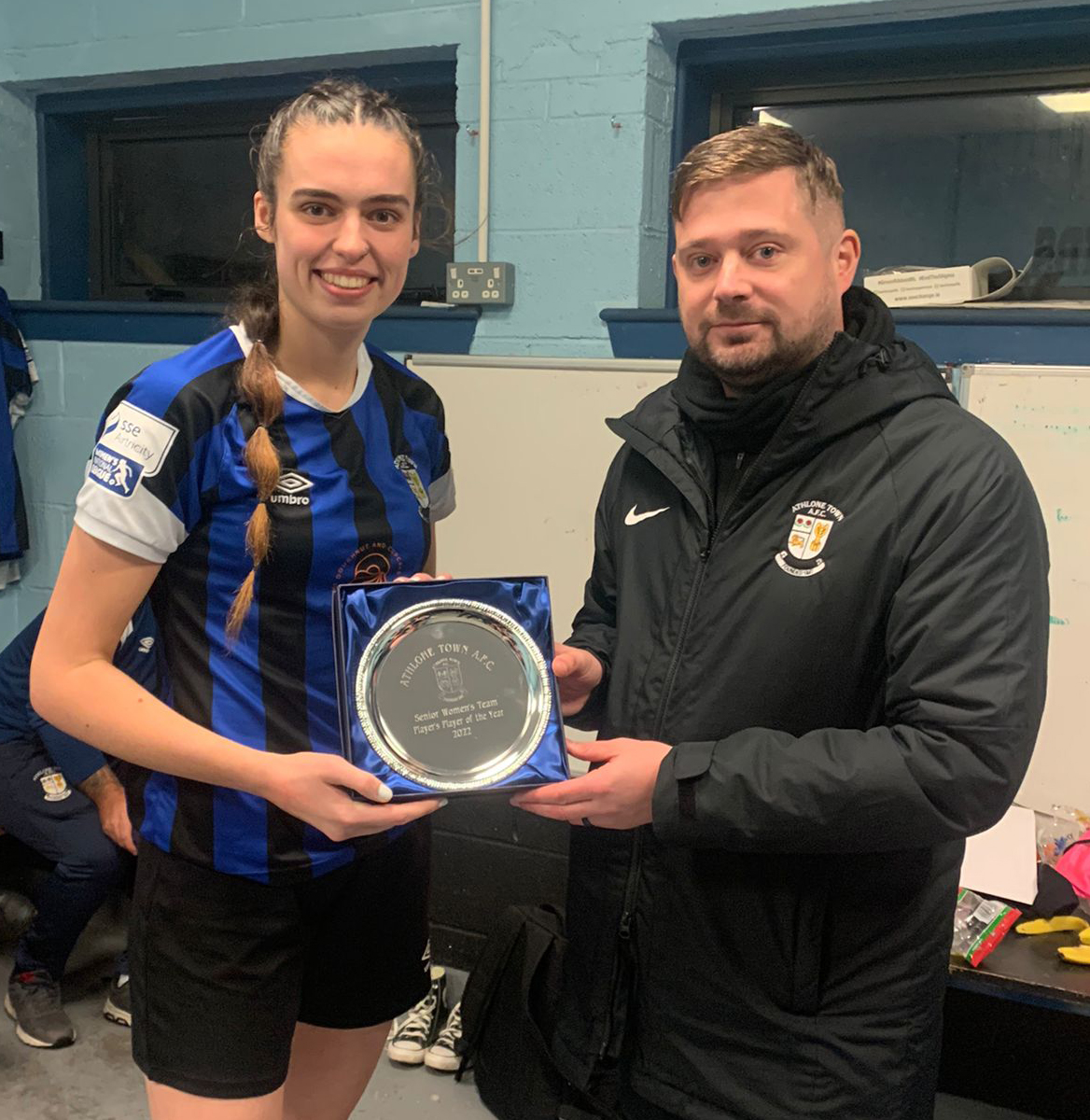 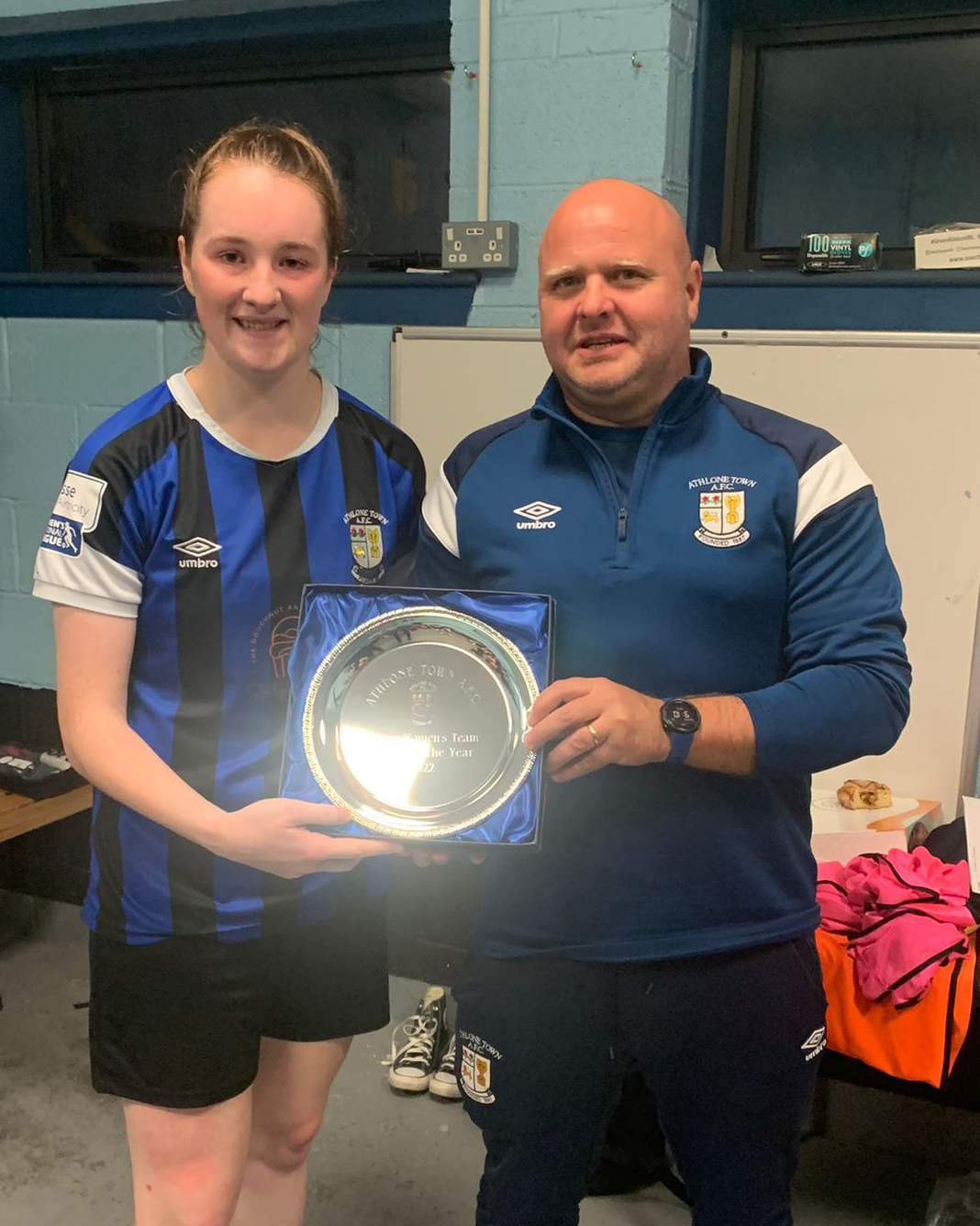 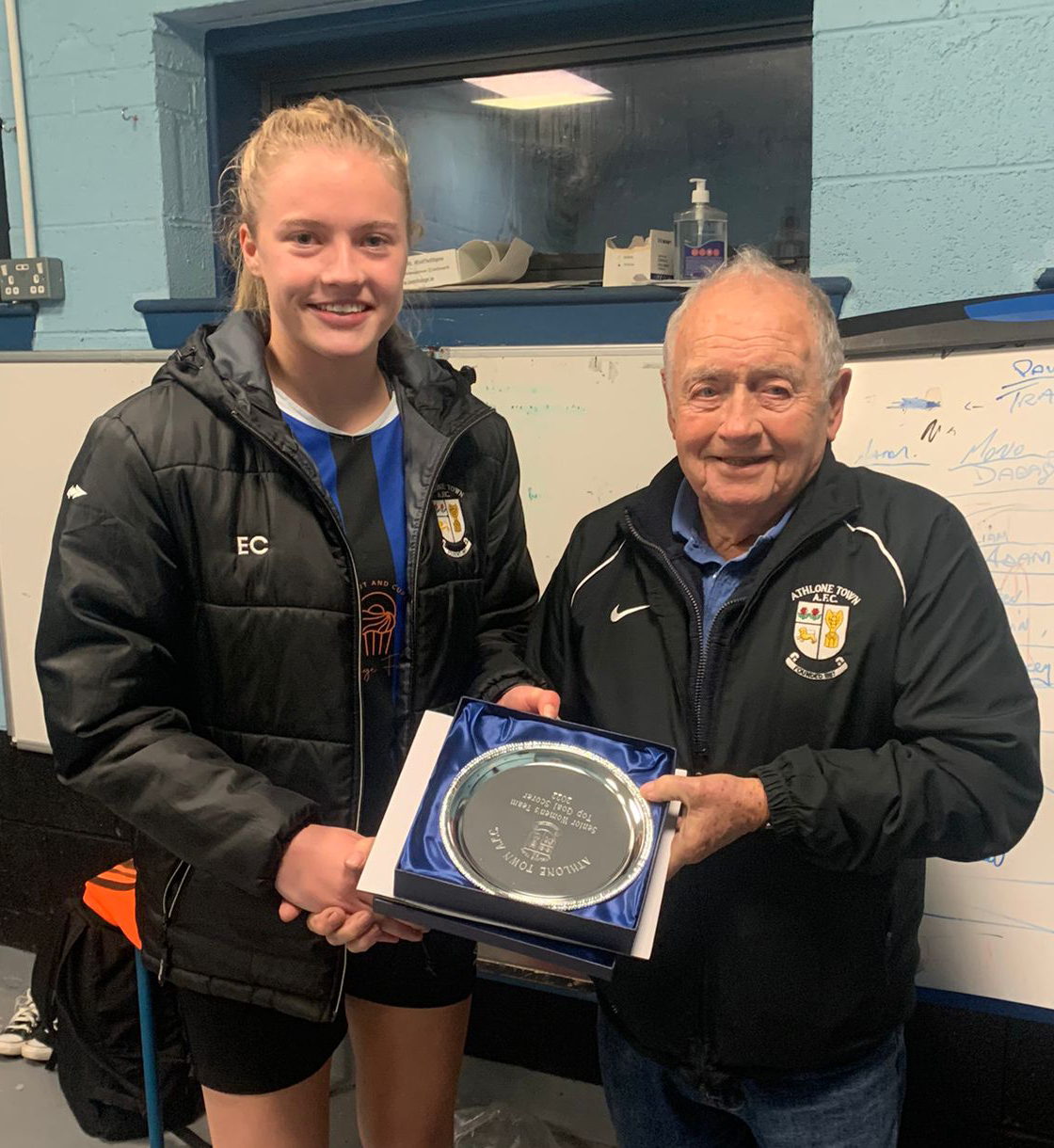