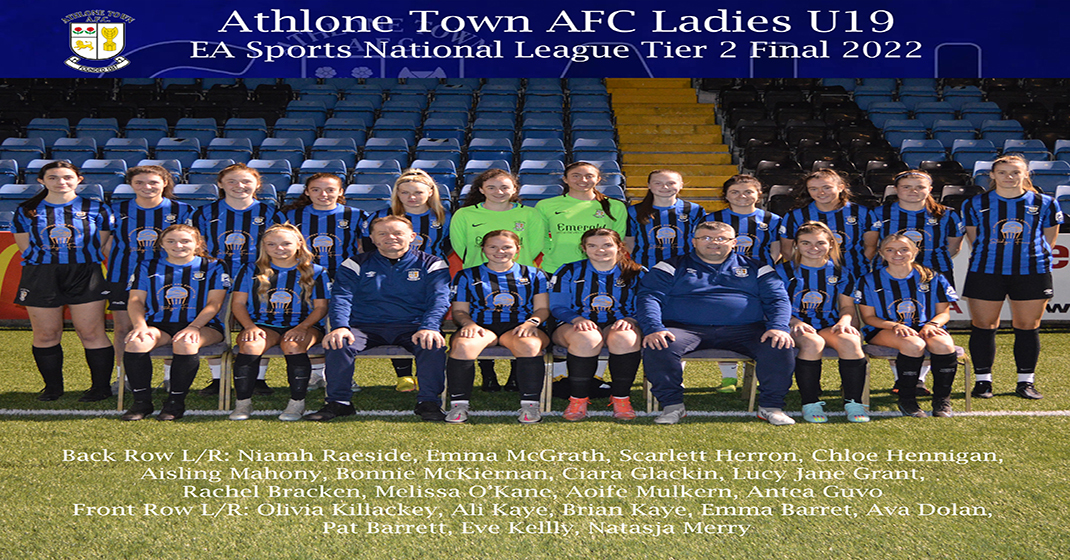 It’s now the turn of our U19 Ladies team to create their own bit of history as they take on Bohemians in the EA Sports National League Shield Final. The game is being played today in the Athlone Town Stadium and will kick off at 3.30pm

The ladies dominated the Tier 2 League winning 9 out of their 10 matches with their only loss coming against Bohemians (4- 1) in Dalymount but in the return leg the girls came out on top with a 1- 0 victory.

In the semi final Athlone welcomed Galway WFC to the Stadium and secured a 3 – 1 win which put them through to the Final while Bohemians had a 1 – 0 win over Sligo in their semi final.

Make no mistake, despite their good form, this will not be a walk in the park for the girls as Bohemians will be a hard team to break down.
This will be a top class encounter so come on down and support the girls as they look to write their names into the history books.

Kick off today in the Athlone Town Stadium is at 3.30pm 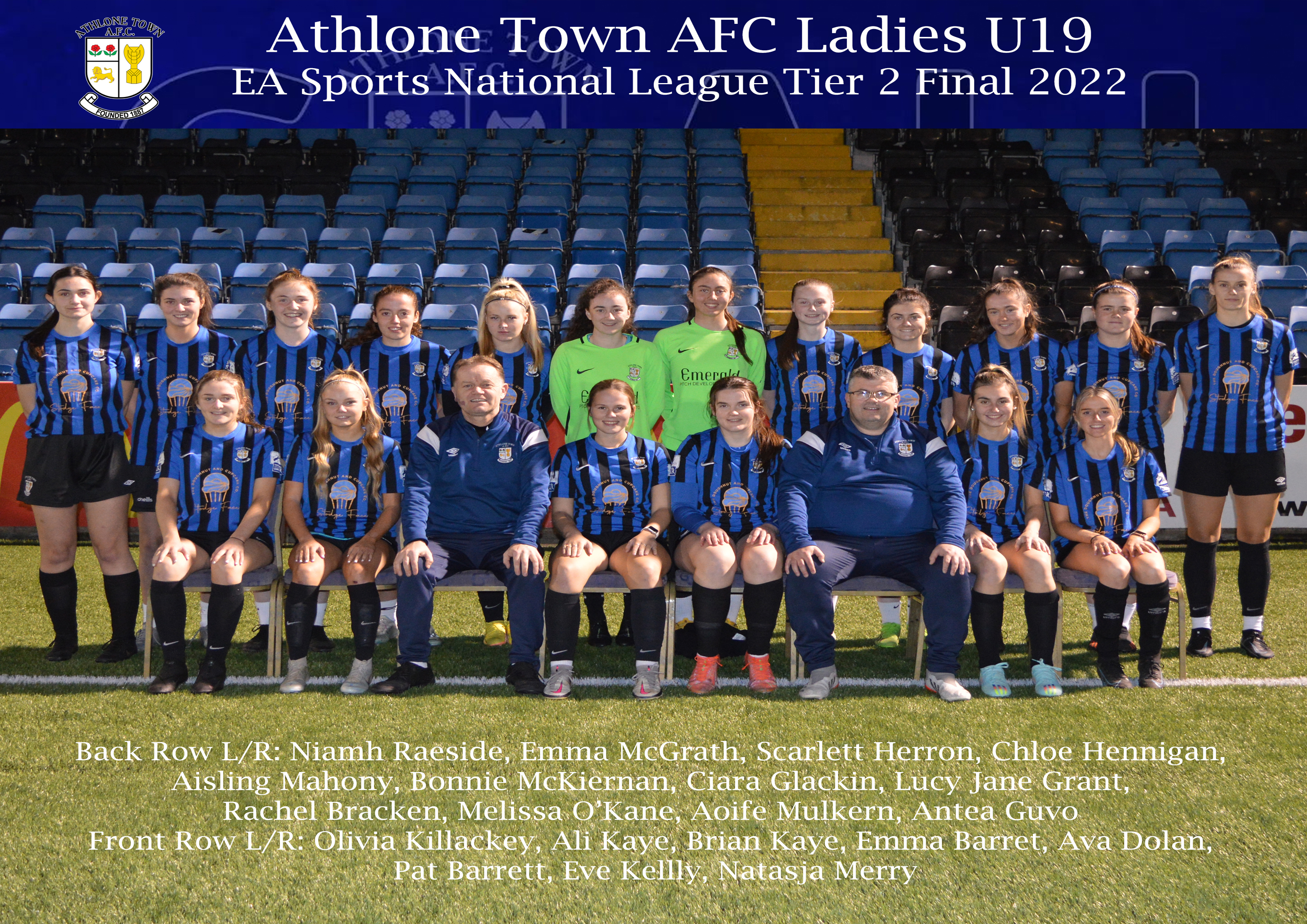