Underage Teams finishing the season on a high 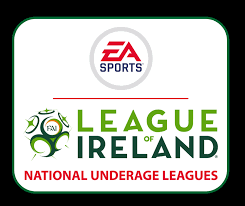 Published: about 2 months ago

While the Senior teams have been going about their business the Underage teams have been working hard as well and have been doing extremely well.
The U19 Ladies have been having a great season despite Tommy Hewitt regularly raiding their ranks to pull players into the Senior Team. This Sunday they are playing in the Semi-Final of the EA Sports Women’s U19 National League Tier 2 Shield against Galway WFC which will be played in the Athlone Town Stadium and is scheduled to kick off at 3pm.

The U17 Boys team are looking for a third-place finish in the EA Sports U17 National League Tier 1. They should secure that spot if they draw or win against 2nd placed Bohemians this Saturday in the Stadium, K.O. at 3pm. In what is a major achievement they have also reached the Final of the National League “Mark Farren” Cup which will take place in the Athlone Town Stadium on Saturday 22nd October, K.0. at 2pm. Their opponents on the day will be Cork City FC.

The U17 Girls have also had a terrific season and have reached the semi-finals of both the EA Sports National League Tier 1 and Cup. The League semi-final takes place this Saturday in the AUL in Dublin with Shelbourne Ladies providing the opposition and kick off in this game is at 1pm. The details of the Cup semi-final have not been finalised yet but as soon as they are we will let you know.

The U15 Boys are just one game away from being crowned EA Sports National League Tier Three Champions. That game takes place this Sunday in the University of Limerick when they take on Treaty United. Dundalk are only one point behind the lads and are playing their final game this Sunday as well so they need nothing less than a win over Treaty to guarantee them the accolade of Champions.

The U14 Boys have also had a terrific season and have qualified for the EA Sports National League Shield semi-final against Derry City FC. They have also qualified for the quarter-final of the EA Sports National League Cup and received a home draw against Shamrock Rovers, date and time yet to be confirmed.
Pictured are the Athlone Town U17 Boys team which has reached the Final of the Mark Farren Cup. 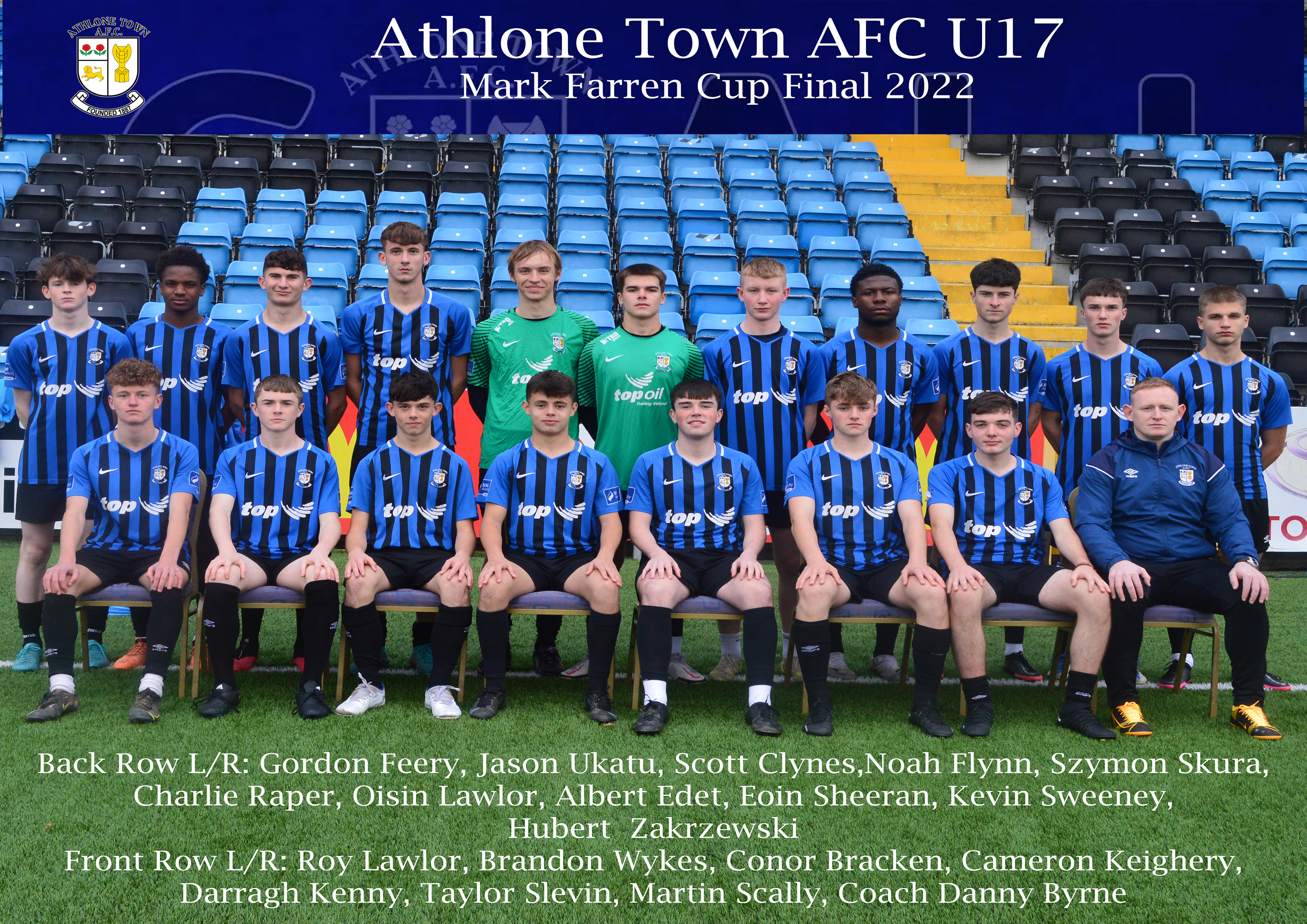