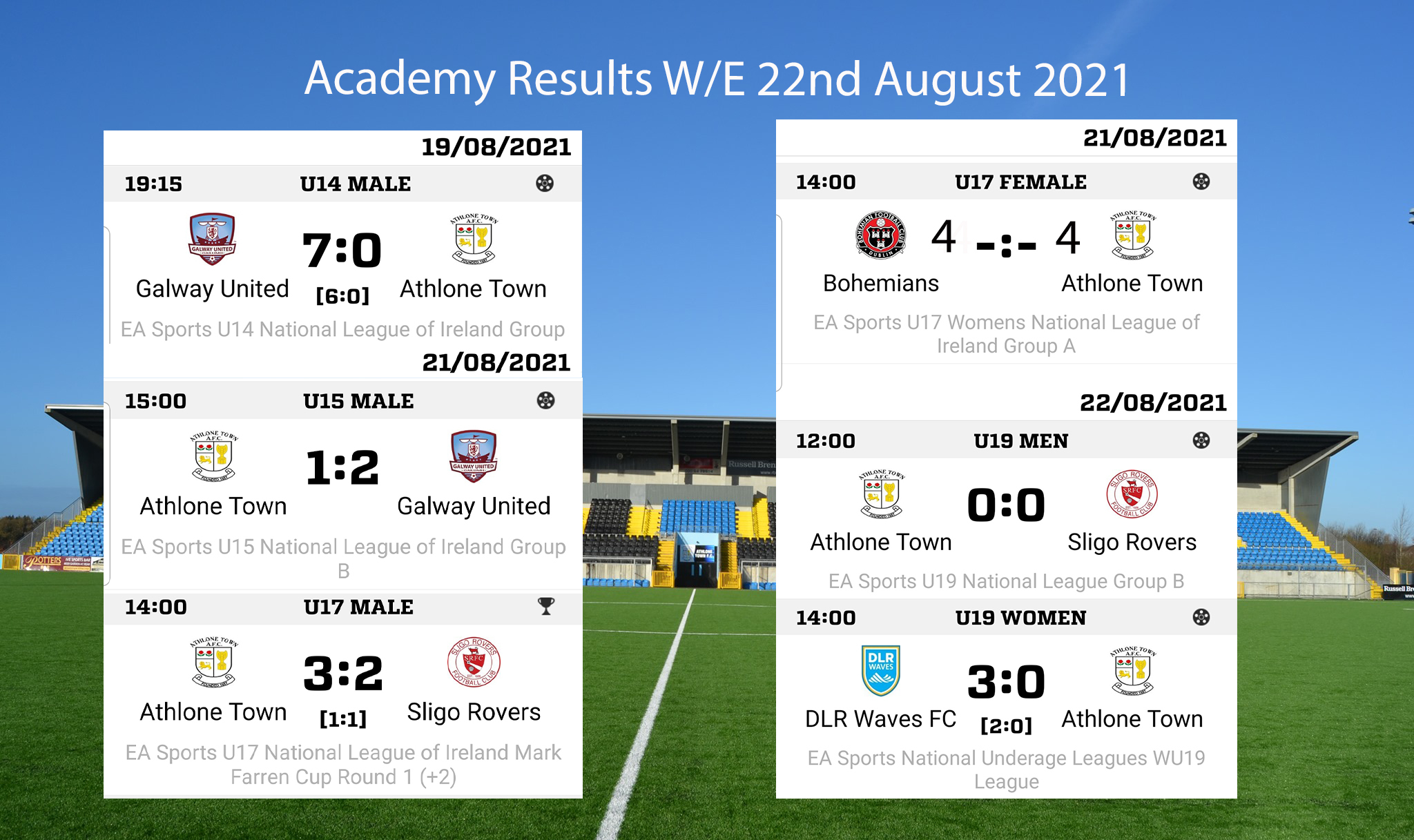 We had all our Academy teams in action this weekend.
First up our U14 team were in action on Thursday against a very physical and skilful Galway United F.C. and who dominated the game winning 7 - 0.
Our U15 boys team were also in action against Galway United and in a keenly contested game two errors at the back allowed Galway take the win after Femi Olajide had give Athlone the lead. The goals from this game can be viewed on our YouTube Channel at this link. https://www.youtube.com/watch?v=_YUxnfTEutg

The U17 girls travelled to Dublin to take on Bohemians and in an end to end game secured a 4 - 4 draw with Emma Kitt scoring two and Amanda Ryan and Millie Daly scoring one apiece for the Town.

The U17 boys were involved in a very exciting and thrilling Mark Farren Cup game when the took on Sligo Rovers. Athlone took the lead through an excellent Evan Hewitt goal but Sligo pulled it back to level at one all. Then two minutes into injury time Sligo scored what should have been the winner for the them but the Athlone lads were not about to give up and with virtually nothing left on the clock they raced down the pitch and score a dramatic equaliser through Joshua Sheils to take the tie to extra time. They then went on to dominate the extra time and it came as no surprise when Michael Okpeaye popped up to secure the win. You can watch the goals from this game on our you tube channel at the following link.
https://www.youtube.com/watch?v=Dr70xYoH868&amp;amp;amp;amp;t=16s

The U19 men were also in action against Sligo Rovers F.C. but despite some near misses at both ends this game ended in a 0 - 0 draw.

The U19 Women travelled to Dublin to take on DLR Waves in the first game of the second phase of the league and unfortunately the ladies came out on the wrong side of a 3 - 0 score line. 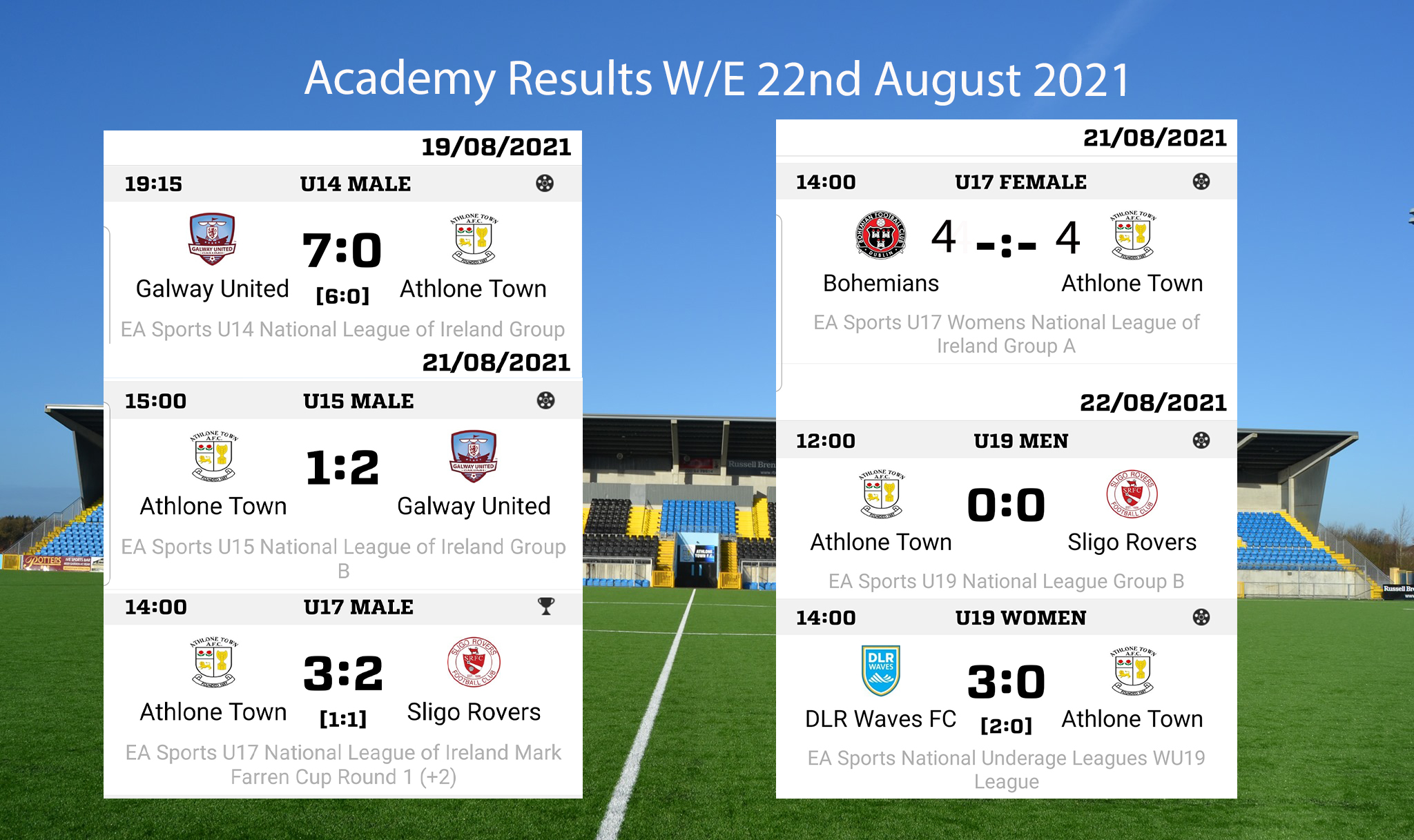 We are now taking player sponsorship and for €200 you wil...