Athlone Keeper Schlingermann a Star Stopper-No Matter What The Code. 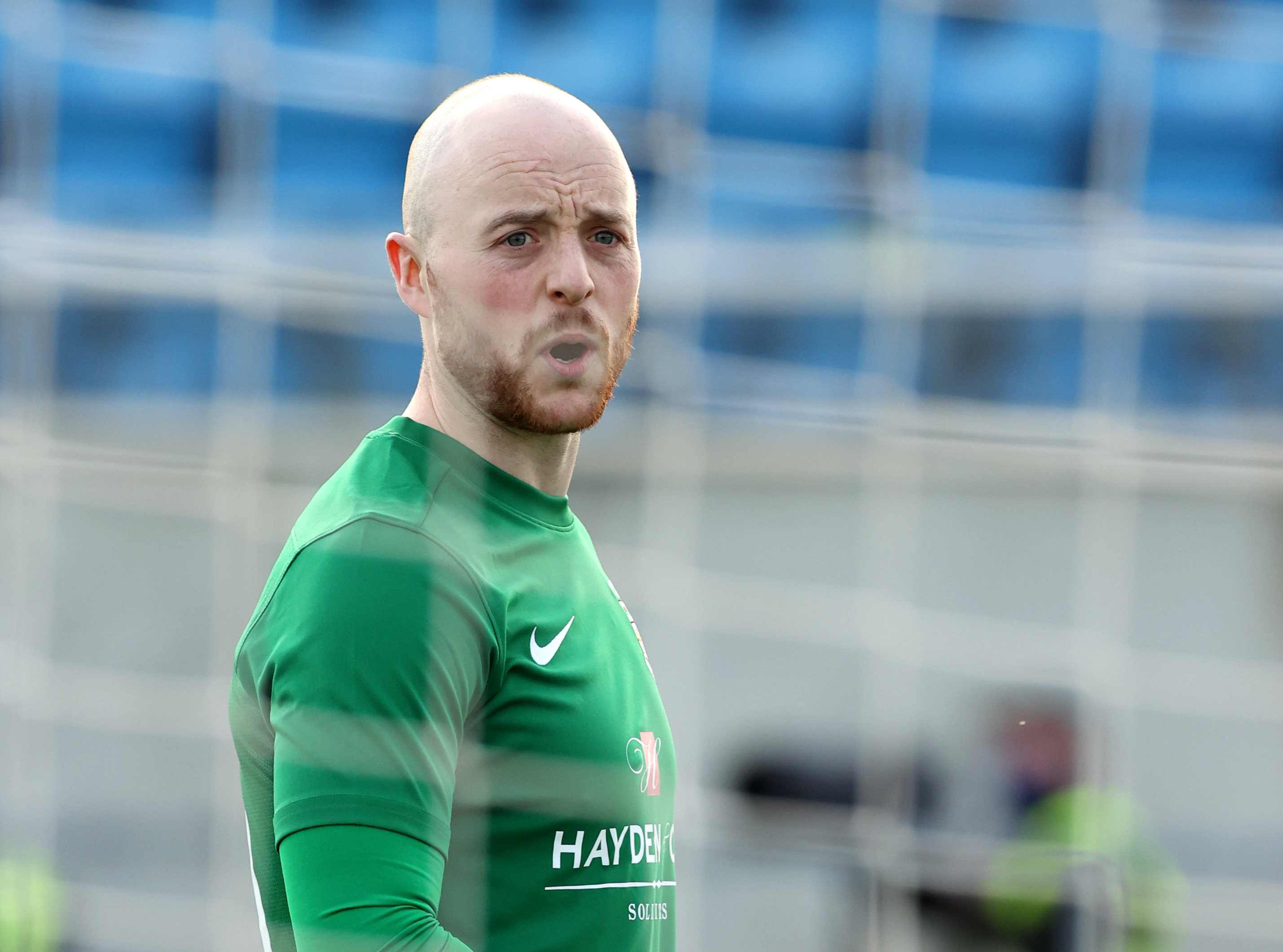 Athlone Keeper Schlingermann a Star Stopper-No Matter What The Code.

"The Irish Sun newspaper recently highlighted the sterling career, to date, of Athlone Town AFC keeper Micheal Schlingermann. The Mayo man talks to Jason Byrne about his GAA exploits, as well as his current role with the Black and Blue in the league of Ireland. 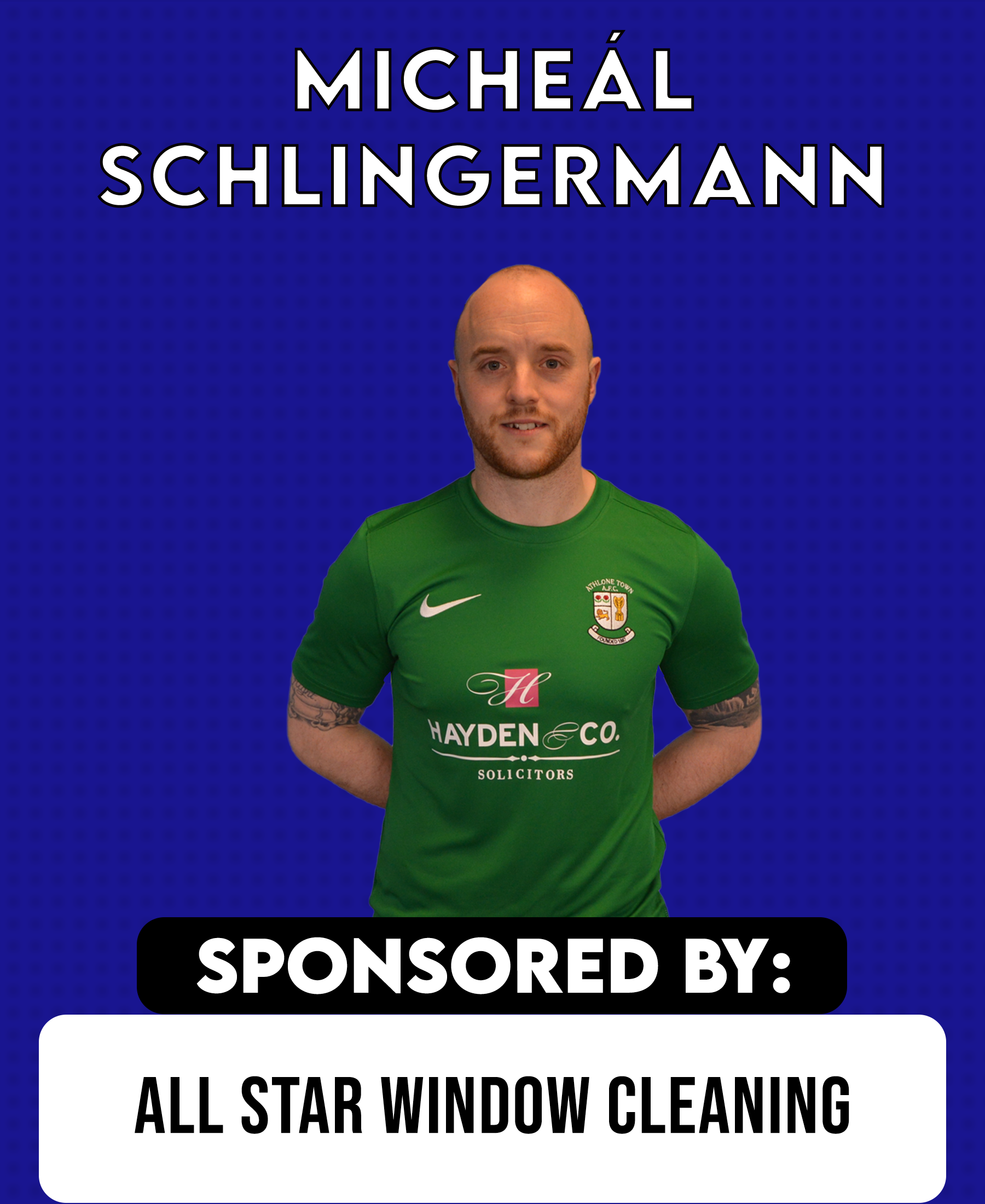 MICHÉAL SCHLINGERMANN reached an All-Ireland final and an FAI Cup final in 2009.

The Mayo man, 29, was first choice as their minors reached the decider against Armagh, but they were gunned down 0-10 to 0-7 at Croke Park.

Two months later he sat on the Sligo Rovers bench at Tallaght Stadium as Paul Cook’s Bit O’Red were turned over 2-1 by Sporting Fingal.

The Kiltimagh man stayed on the League of Ireland path, and a comprehensive career took him from the Showgrounds to Athlone Town, Monaghan United, Drogheda United and back to Sligo Rovers again.

In June 2018 he left the Showgrounds again after a turbulent second spell and found himself back west where it all began.

After 10 years on the soccer pitch, his Gaelic football dream never faded.

Where Schlingermann grew up, GAA is king. And a chance return for Kiltimagh in a club challenge game led to a phone call from boss James Horan.

His Mayo dream was alive once more. He hit pause on his soccer career and he joined the squad for the 2019 campaign.

They won a National League title, but ducked out of the championship following a 3-14 to 1-10 All-Ireland semi-final loss against Dublin.

Although he saw no game time that summer, he was determined to stake a serious claim in his battle for number one against David Clarke and Robert Hennelly.

But it was not to be. As Christmas approached, Horan phoned him again to say he was surplus to requirements.

He reverted codes again to join Galway United, and is back at Athlone Town this season in the First Division.

But Schlingermann - born to German parents - still wonders what might have been.

He said: “For me it’s kind of a bittersweet thing, because I went through a tough time at Sligo Rovers and kind of left the league of Ireland that year.

“When I was going through my bad patch, I reverted to going home to the place where I grew up and I just played. I only stepped in for a challenge game while I didn’t have a club, and had no intention of actually sticking around.

“Then the opportunity came of actually going into the county panel, and that would have been my plan ‘A’ from then on.

“I got the opportunity with Mayo, and it was an unbelievable year. We went and won the league, but we fell short in the championship.

“But it was a really nice transition year for me, and I was getting to know the game again. I spent so long out of it, it was like a brand new sport for me to be honest.

“Just before Christmas in 2019 I was told I wasn’t going to be kept on for 2020. I do miss the high-performance element of it. It just didn’t work out, so when Galway United came knocking it was back to basics for me in a way.”

Mayo reached the 2020 All-Ireland final as Schlingermann and the rest of the nation watched on from home.

Again, Dublin proved too strong and won their sixth title on the trot thanks to a 2-14 to 0-15 win at an empty Croke Park.

Despite his fear of missing out, all he wants is for the county to get over the line after 70 years of hurt.

He said: “I wouldn’t necessarily say it was tough, because in Mayo it’s a different kettle of fish - you just want the lads to win one. It’s just one of those things that you support them all the way.

“Obviously there was that fear of missing out, but that would be the only negative feelings you would have - wishing you were still part of it.

“But in that year I learned so much, and picked up so many things that I can hopefully bring to the rest of my football career.”

The Mayo squad will be a different place in 2021 as Clarke, Donal Vaughan, Chris Barrett, Keith Higgins, Tom Parsons and Seamus O’Shea have all retired.

But in general, the bones of the squad will be the same, and Schlingermann says that is one of the biggest differences when he compares Gaelic football to League of Ireland soccer.

Those ties have not been severed either, as he is the new goalkeeping coach for the Mayo ladies team under Michael Moyles.

He said: “There’s a lot more attention to detail in that environment because you have the same players.

“You are guaranteed the same players for a longer amount of time, whereas the chopping and changing that goes on in soccer doesn’t allow you to have that continuation and to build something over the course of a couple of years.

“Athlone Town is a prime example of it - there’s been a complete change of players where nearly every member of the 2020 squad is gone. That doesn’t happen in GAA because of the culture of it.”

‘The Town’ are going well under Adrian Carberry. They are unbeaten from their opening five games, and had a fine 3-0 win against Wexford last Friday night.

Despite sitting at the top of the league, their stopper insists they are not thinking of promotion.

For him, consistency is key and that remains the priority ahead of Friday's home clash with Cabinteely.

He said: “The thing about coming into a new dressing room especially with so many new signings and things like that is actually hitting the ground running and developing that team chemistry as early as possible and translating that into results.

“Thankfully we’ve been able to do that, even though restrictions haven’t allowed for any team bonding as such. But we are really happy with the way things have started.

“Adrian and the board at the club are having a real go this year, and they are able to kind of build a squad full of talented players, and that was a big factor in me signing.

“I wouldn’t say promotion is the target. In our first game we drew 2-2 UCD, but it felt like a win because we scored so late.

“It’s a long season. A few games without a loss can soon be forgotten about. You have to be careful about how high you set targets.

“You have to look at the whole season from our perspective, and try and be competitive and as consistent as possible.”

Article reproduced with the permission of Jason Byrne.