Leah was indoor soccer Ulster champion and a semi finalist in the U14 Umbro Cup with UCL Harps. She represented Longford at the Gaynor Cup for 4 years and received the Player of The Day award in 2016. With Lucan United she was on the team that were runners up in the U16 League. She joined the Galway WFC team and they were U17 League runners up in 2018 and played with the Galway seniors in 2019. Leah has represented Ireland at U16,U17 & U19 level and recieved her first Cap at the age of 14 with the U17 Ireland team. When she was on the Leinster Schools team they were twice crowned Champions and she Captained the team on both those occasions.

Kayla was on the Longford Gaynor Cup team for 5 years where she was a very influential player. She joined Galway WFC and Captained the U17 team to the League and Cup as well as the Lisbon Cup in 2019. Such were her accomplishments that year that she was awarded the Só Hotels WNL U17 Player of The Year for 2019. Kayla has been capped at International level at U15,U16,U17 & U19 level for Ireland and was also in the Leinster squad in 2015 and 2016  and was a Gaynor Cup Player of The Day winner. She also received the Westmeath Examiner February Player of The Month award and has 2 Leinster school medals.

Clodagh played with Ballymahon until U14 then moved to Olympic Rovers until U16 and was on the team that came third in the Gaynor Cup at U16. She moved to Lucan United then moved to Athlone and played in the U17 WNL. She then moved to Bohemians and won the Charlie Fitzgerald Cup and got Player of The Match.

Bronagh plays right wing and Captained Kilkenny United Woman's team and made her 50th cap for them last season. She started playing football for Tullamore and moved on to play for the Midlands team in 2013. She plays for her college, IT Carlow, and has gone on to win All Ireland's, Leagues and Cups in her 3 years there. She won Player of the Year with the college last season and hopes she can do the same for Athlone.

Angelina played with Bealnamulla for the last 10 years and was Gaynor Cup squad captain at U14 and U16 level. She trialed for Ireland at U17 level and Captained the All Ireland winning Athlone Community College team. She was also previously with Athlone when she lined out on the U17 team two years ago.

Fiona Owens
Fiona played with Killeigh Utd where she was an integral part of the team and was included on the Midlands panel for the Gaynor Cup in 2016 and were runners up in the Gaynor Cup in 2018. She then moved to Peamount Utd where she was a big hit receiving the Player of The Year award ant U17 level. She was also on the U17 team that won the U17 WNL Shield and were also U17 WNL Cup runners up and was a member of the Senior Team that was runner up in the FAI Senior Cup.

Laura Mathews
Laura has been a striker/no.10 with Naas for the last 3 seasons and played with numerous teams in DWSL winning both leagues and cups along the way. She won the FAI all Ireland Intermediate Cup with Boyne Rovers in 2016 and the Intermediate Shield in 2015 also with Boyne Rovers. Laura was also with the KDFL team that won the Angela Hearst competition.

Jessica Turner
Jessica started her football career with Kilcullen Ladies AFC and was part of the team that won league, shield and cup honors. She then moved to Newbridge Colts where again she was part of a team the won league, shield and cup honors. She also Captained the KDFL team that won the Angela Hearst Cup and she was awarded Player of The League in the KDFL in 2018.

Orlaith White
Orlaith is a very accomplished centre midfielder and has been playing with Naas FC since she was 16 years old. Like Jessica she achieved representative honors with the KDFL was was a key member of the team that won the Angela Hearst Cup. She also plays football with D.I.T. and has won several trophies there as well.

Amy Hyndman.
Amy, who hails from Sligo, is a very exciting left winger who has played the last two years with Sion Swifts at U19 level. She has also had trials for the College & Universities International team and is very excited by the prospect of playing senior football and is committed to making sure that Athlone Town's first senior women's team is a success.

Ciara McManus
A native of Glasson Ciara is an exciting midfielder who starting playing football with Bealnamulla FC and also played for a year with Real Swans FC. She was selected on the Gaynor Cup teams for four years and was also involved with the Republic of Ireland U16 team and played against Chelsea FC in a friendly. She joined Galway U17's where they were National League Cup winners, Women's National League Winners and Lisbon Cup winners.

Katelyn Keogh
Katelyn is a 17 year old striker who has spent the last four seasons with Athlone Town. The prolific forward has been top scorer for Athlone Town U17 WNL for the previous two seasons. She played in three Gaynor Cups, making it to the final at the third attempt but unfortunately losing out on the win. She has also been capped five times for the Republic of Ireland at U17 level including three appearances and two goals at the UEFA U17 Women's European Championship Qualifiers in 2019.

Kayleigh Shine.
Kayleigh is a very accomplished and stylish central defender who also started out her footballing career with Bealnamulla. She was in the MSL ETP squads in 2015 and 2016 and was also on the Gaynor Cup teams in 2017 and 2018. She has won the MSL League in 2018 with Athlone Town and was a key member of the Athlone Town U17 WNL team. Kayleigh has also been called into the U17 & U19 Republic of Ireland teams.

Robyn Heatherington.
She first started playing soccer when she lived in California at age 10 with CVULA Galaxy and when she returned home to Ireland 2 years later joined up with Bealnamulla. She played on the MSL Gaynor Cup team for two consecutive years, captaining the team during her second year and reached the final of the tournament where they played Galway. She then joined Athlone Town and was an important member of the team that won the midland league. She was also selected for an U17 FAI camp during her first year at Athlone town. After the season ended she transferred to UCD waves and played for them for her first year of National League football and they reached the semi final of the cup. After one season away she returned to Athlone Town to play another year of U17 women's National League. She also plays for her school Athlone Community College and they have won 4 consecutive Leinster titles and reached the national final last year.

Darren Whelan - Assistant Manager
Darren is a Tullamore native but now lives in Rosenallis, Co.Laois. He has been heavily involved in football in the midlands for past 17 years in both administrative and coaching roles. He is a UEFA B level coach and began his coaching career with Rosenallis AFC winning numerous juvenile titles during his time with the club. In 2016 he began working with the MSL girls teams and has coached at the last three Gaynor Cups. It was during this time that Tommy and Darren began working together in what has been a very successful period for the MSL with a Gaynor Trophy win and a Gaynor Cup silver medal in the last two years. Darren is also the Head Coach for the 2020 MSL Kennedy Cup squad.

Edel Menton - Coach
Edel played underage and senior with Cam Celtic FC as well as college football with NUI Maynooth.
She began coaching football in 2013 in Athlone Community College, training and managing teams from 1st year to senior level and teams that he managed have won six Leinster titles and one All Ireland title since 2013.
She has also been Coach/Assistant Manager of MSL Gaynor cup squads in 2016, 2017 and 2019 and is involved in the 2019 FAI Girls ETP programme.

Anthony Fay - Coach
Anthony or Anto is a native of Edenderry where he currently resides with his wife and 4 children in a sports obsessed family. Anto played his football through all the grades in the schoolboys leagues and progressed onto senior level in the LSL.
Since finishing his playing career Anto has been involved in managing schoolboys, male and female teams over the last 6 years in the KDUL, KDFL and LSL with Edenderry Town. In his first year managing Edenderry Town ladies Anto guided them to runners up spot in both the league and shield.
Anto is currently the head coach with the girls MSL Under 13s Gaynor Cup team.
As an auxiliary coach with the FAI Anto has worked closely with Offaly FAI RDO, Gary Seery, over the last 2 years in promoting the female game in Offaly. He introduced and coached the Soccer Sisters programme in the local schools and ran a very successful Easter Soccer Sisters camp in Edenderry. Anto is also on the committee of the FAI Midlands Womens Regional Committee and currently holds an FAI National D licence and Goalkeeper FAI National D licence. 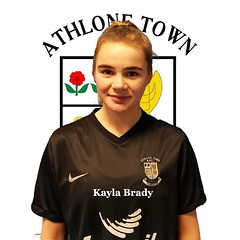 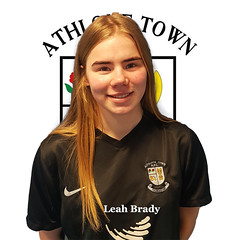 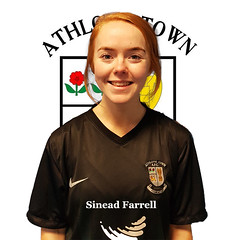 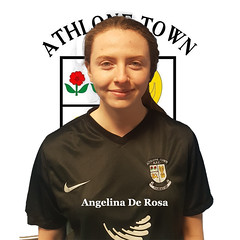 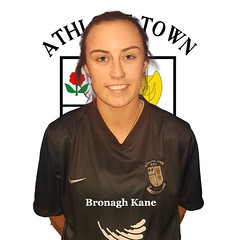 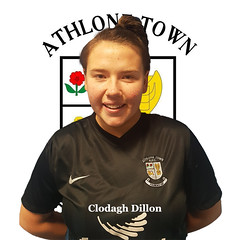 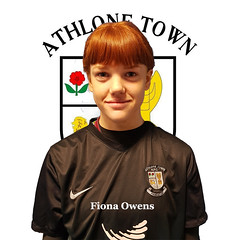 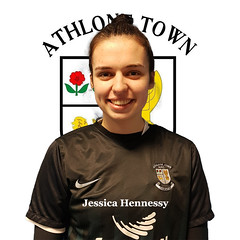 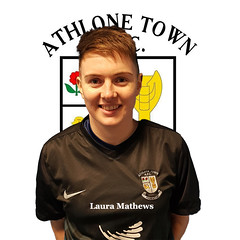 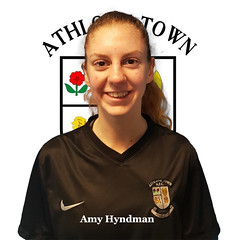 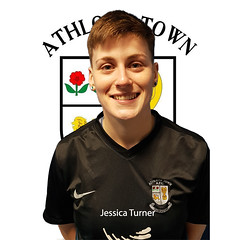 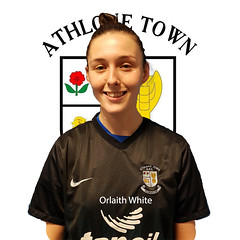 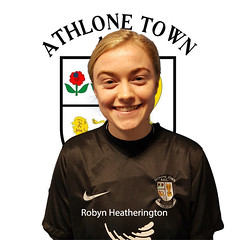 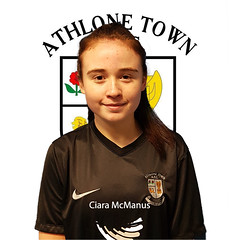 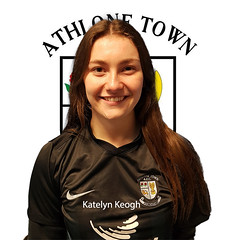 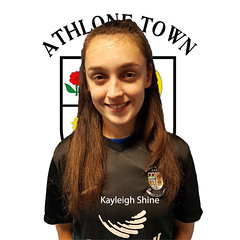 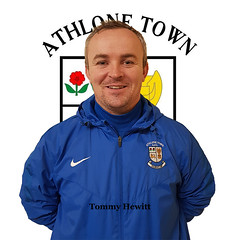 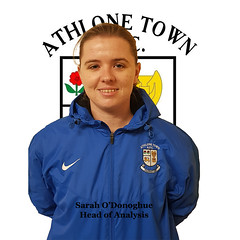 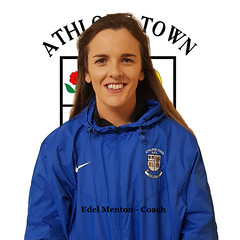 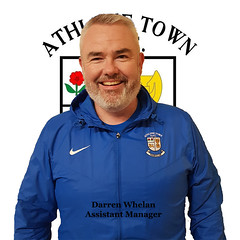 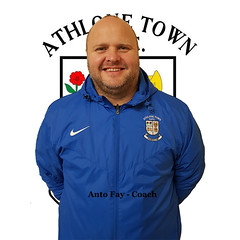 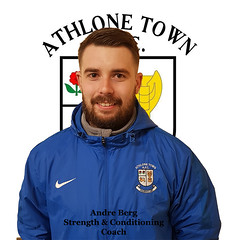