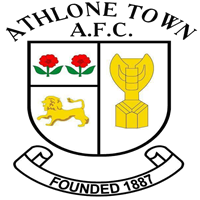 The board of Athlone Town AFC is holding a public meeting concern its future strategy for the Men's Senior Team.

The aim of this important meeting is to consider what is the best way forward for the men's senior team, not only in the 2020 League of Ireland season but for future seasons as well.
The last 12 months have been the most dramatic in terms of how football has been run in Ireland.

The controversies concerning how the FAI was run, and how its finances were managed have for the first time in its history placed the game under a microscope.
The public and the various regulatory authorities have not been happy with what has been revealed.

While there have been changes in the personnel who run the association many questions remain.

To help figure out what all these scandals mean for Athlone Town AFC, the board is holding a meeting this Wednesday evening, which is open to both our members and the public.
We want to hear from anyone who is interested in the club, would like to get involved, or who wants to make a positive contribution to the team.
We also want to hear people's views on topics including the All Ireland League proposals, the impact of the entry of Shamrocks B into the first division, the possibility of other B teams being allowed into the division, and should the FAI be running the league.