Tommy Hewitt is continuing to build what looks to be a very strong squad for the upcoming Só Hotels National League campaign. He is confident that the Athlone team will not just be there to make up the numbers but to make a solid impact on the league.

Paula Doran
Paula played for shamrock Rovers when the national league was first introduced. She then received a scholarship and moved to King University in Tennessee where she played 4 years of college football, receiving player of the year for 2 years and was also selected on the conference all-region team. After graduation in the summer of 2017 she played with semi-pro team Knoxville Lady Force. She signed up to UCD Waves in 2018 after her move home to Ireland.

Niamh Coombes
Niamh played with Peamount United for 5 years winning numerous leagues and cups including all Ireland's winner at U14’s and U18’s. She was involved with 15’s,16’s,17’s & 19’s Ireland squads and was capped for Ireland at U15 level and won the inter-provincial tournament with Leinster at the age of 15. Niamh played with Kilkenny United in the WNL for 1 season and won player of the year at the end of that season. She moved to Iceland in May 2019 signing with Volsungur FC and winning the league whilst remaining unbeaten all season
Went on emergency loan to IA Akranes in the Inkasso Division in Iceland to help them stay out of the relegation zone and also succeeded in that.

Sinead Farrell
Sinéad started her football career with Bealnamulla before moving to Tullamore and then Willow Park and won numerous cups and league titles with all three clubs. She played in Gaynor Cup tournaments with the Midlands in 2012, 2013 , 2014 and Captained the team in 2015 when they reached the Gaynor Cup final and lost to Cork on penalties . Sinead made the Connaught schools team in 2014 and played in the inter-provincials and then made the Ireland U15's schools team and received her first cap.

Roisin Jacob
Roisin began her football career at a young age and with Salthill Devon she won plenty of trophies including an All Ireland at U14. She was selected for the Connaught Schools team from 2012 and was also on The Galway Gaynor Cup squad at U14 and Captained the Galway U16 Gaynor Cup team to a runners up position. Roisin Played with Galway WFC in the National League from 2015 to 2017. She then moved to Cregmore Claregalway FC and reached the semi final of the Angela Hurst Cup and while doing all that she still finds time to coach the girls teams in Maree/Oranmore FC

Zara Lawless
Zara played with Lucan united from under 7s and won many things with them. She was also on the U14s league winning team and they also came runners up in the league and all Ireland twice after that. She Captained the U14 team to their biggest achievement when winning the Molly O'Toole Cup. A very talented footballer Zara won the Gaynor cup at U14, U16 and U18s and was included in the emerging talent programme for the Republic of Ireland and now coaches the under 12 girls team for the MGL . Zara also played with Home Farms women’s team for summer league and came runners up in the league and cup and played for Kilkenny Utd Women’s national team last season

Aoife Kenny
Aoife played with Mullingar Athletic from a young age and was included in the Midlands Gaynor Cup U14 squad and also played for Longford in the Gaynor Cup.
Then she moved to Lucan United for 3 years where she was on the team that were runners up in U16 league. Aoife joined the Athlone U17 WNL team before a move to RFA Swans. 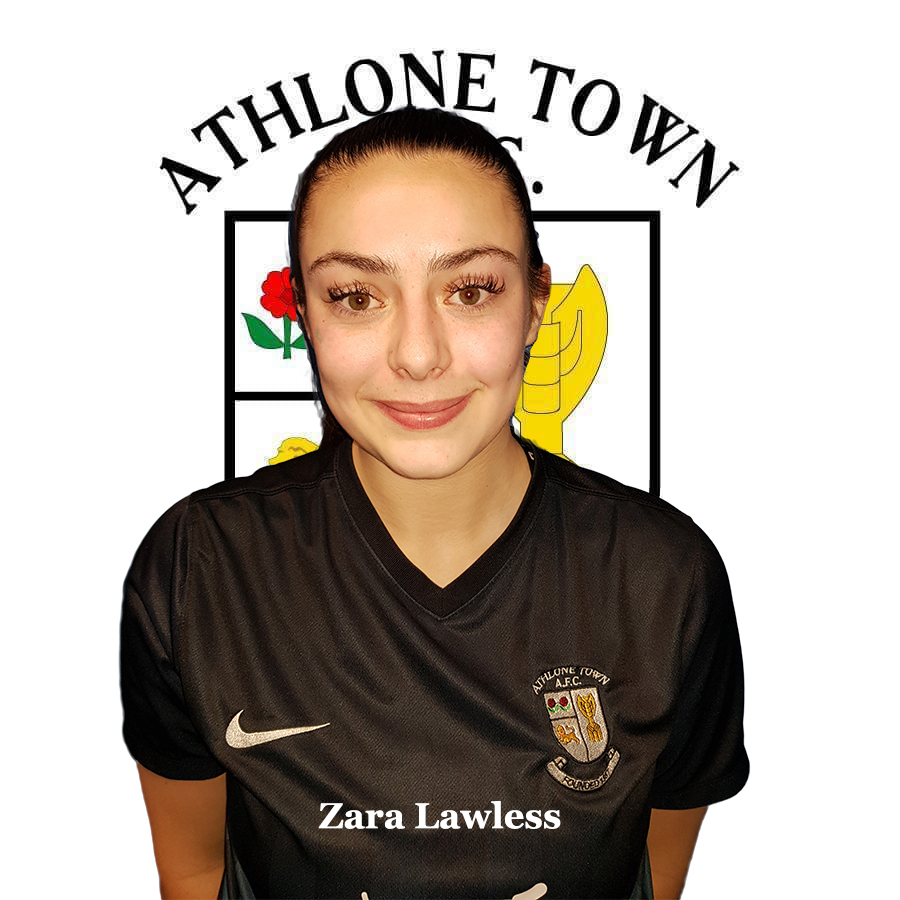 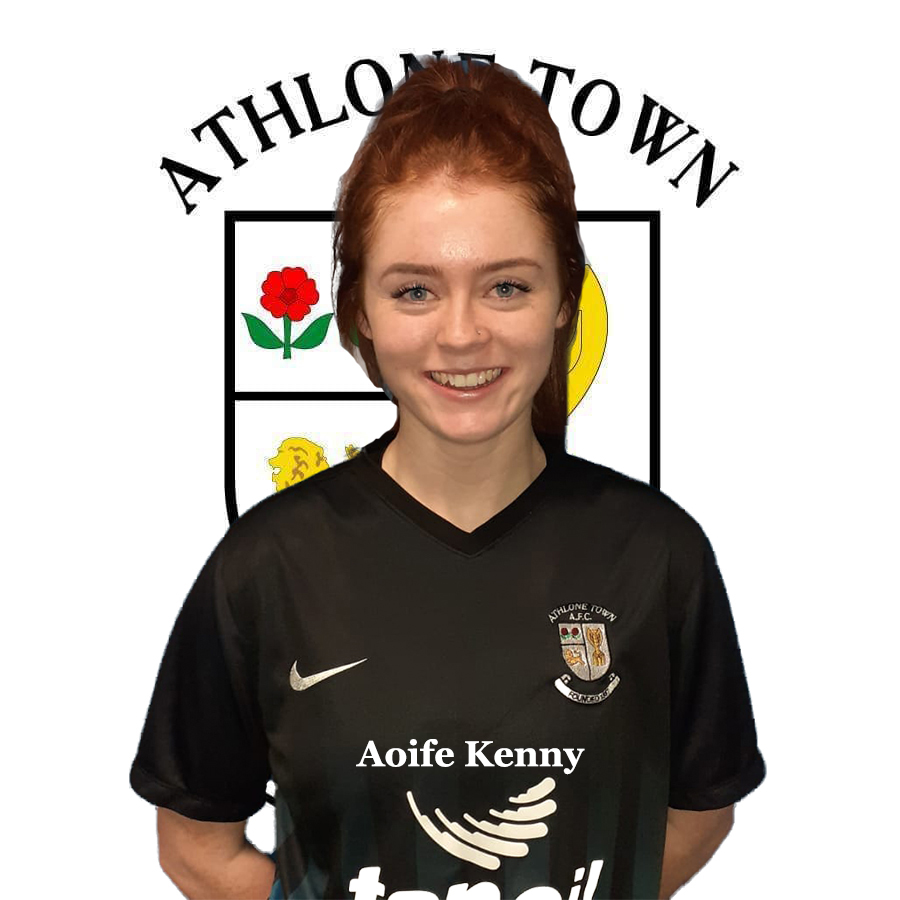 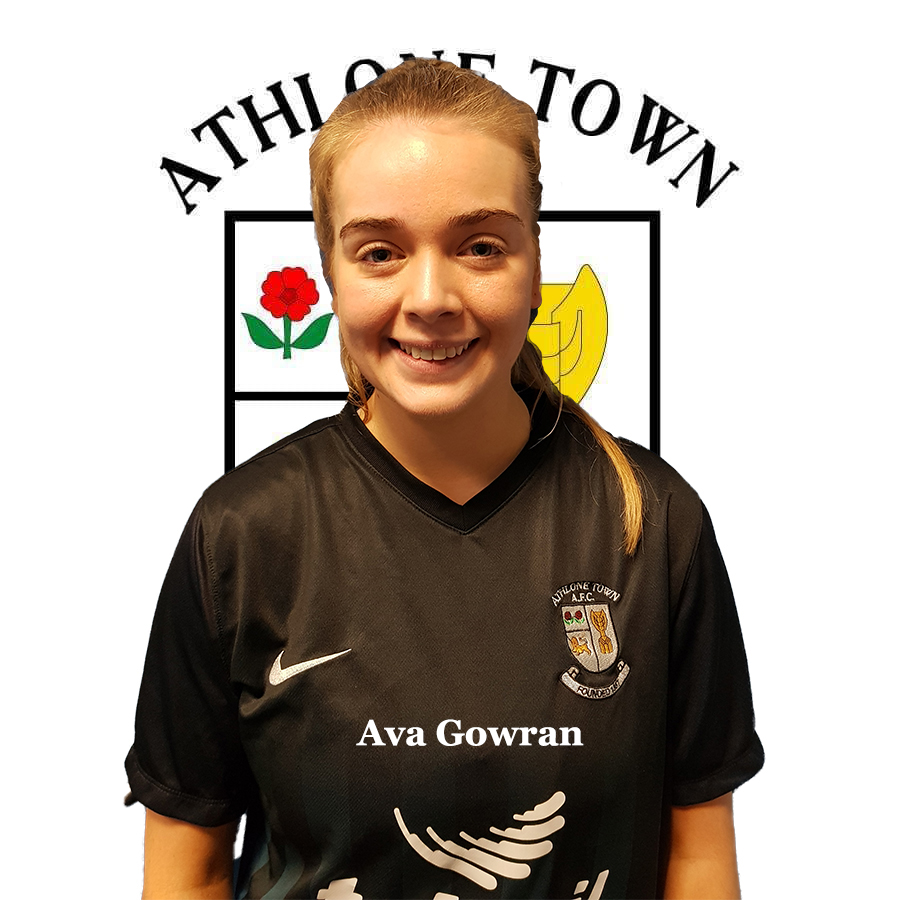 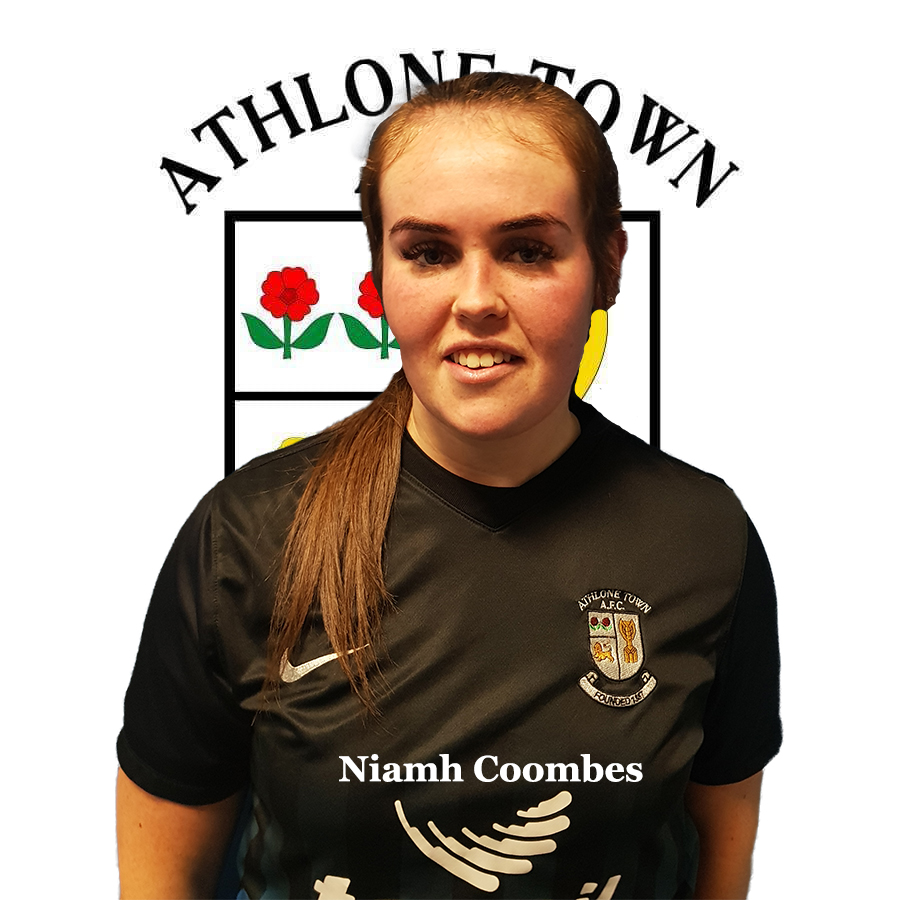 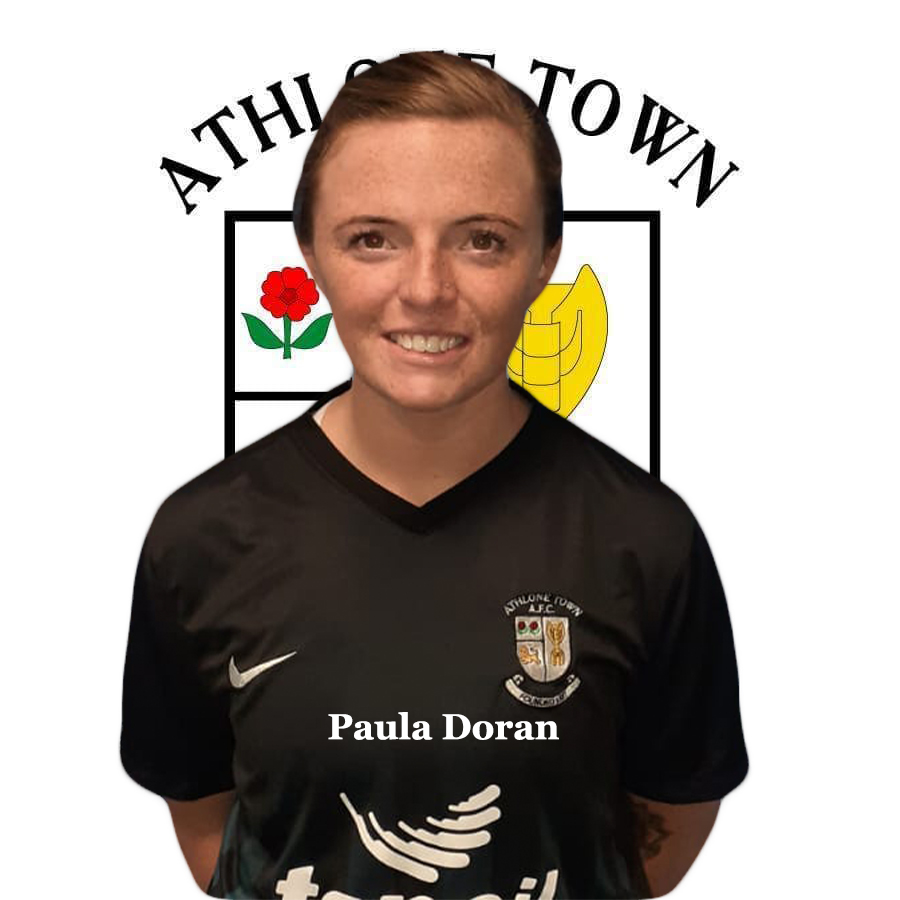 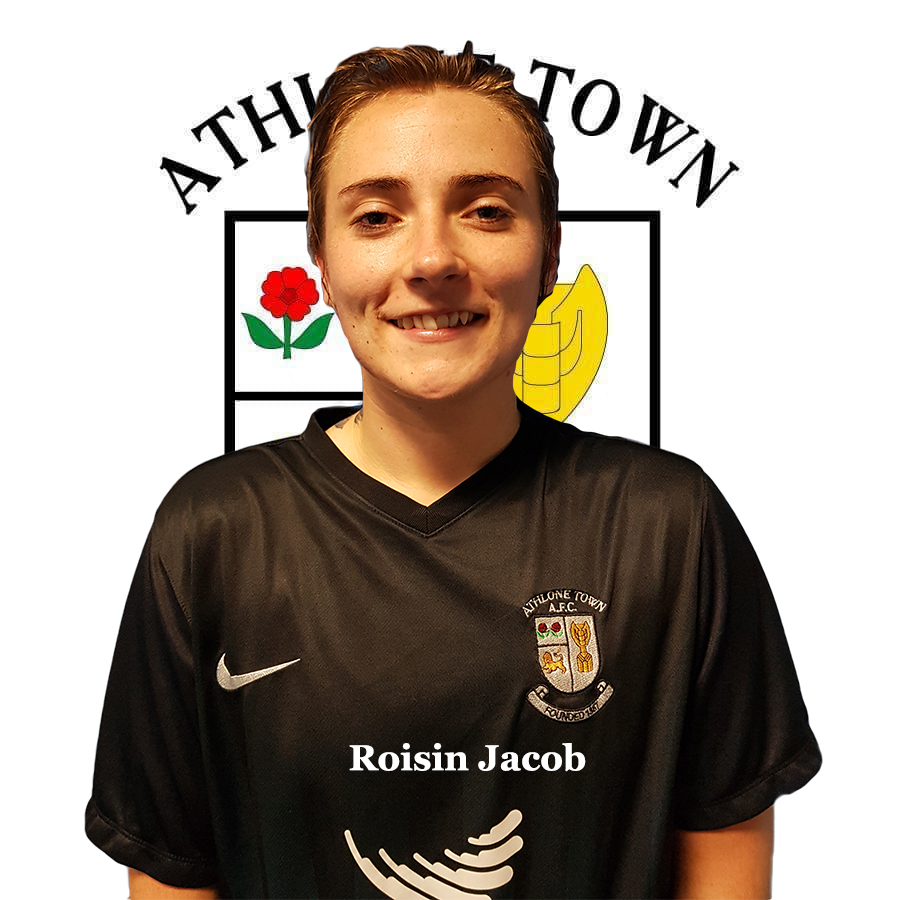 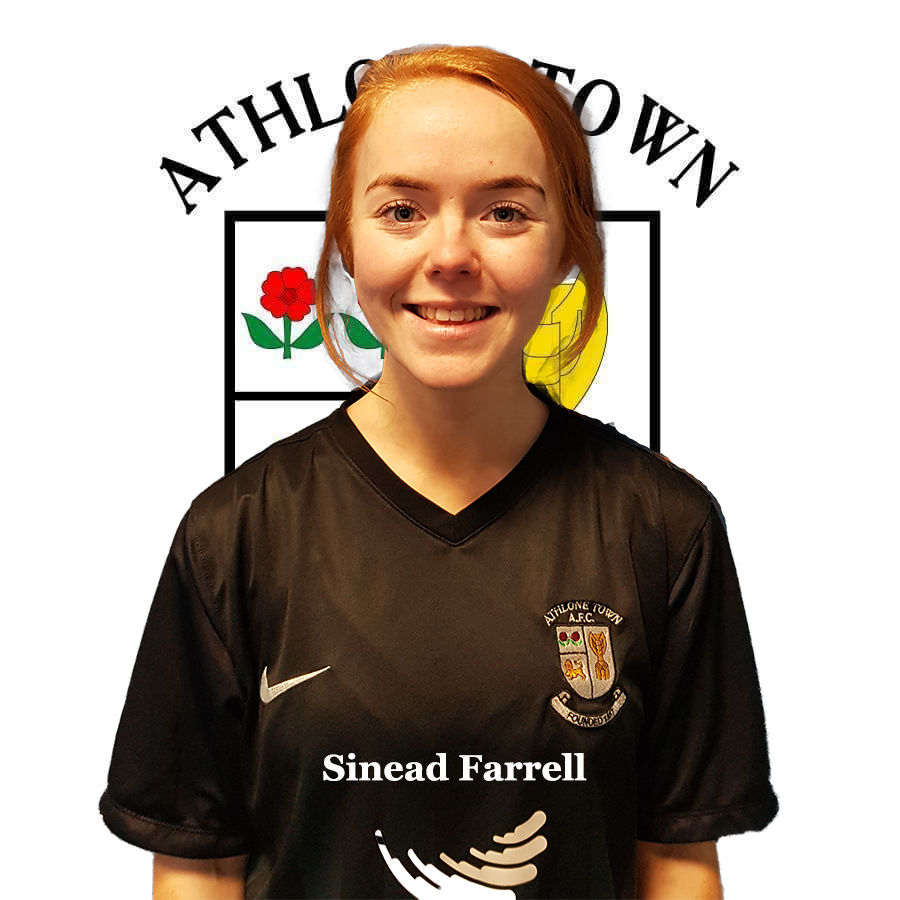