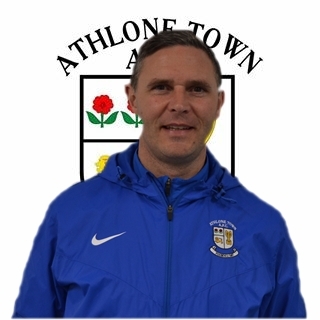 Head Coach Adrian Carberry has been working hard at assembling a men's Senior Team and to aid in that process he has arranged some friendlies against Premier Division opposition.
First up is a tie against new promoted Shelbourne FC on Friday 17th January in the FAI Training Centre at Abbotstown, kick off is at 7.45pm.
St Patrick's Athletic will be the visitors to the Athlone Town Stadium on Wednesday 29th January and that game will kick off at 7.30pm.
Sligo Rovers will visit the Stadium four days later on Saturday 1st February with an early kick off time of 2.00pm.
The fourth match is against Finn Harps on Saturday 8th February and that is also an early kick off with the game scheduled to get under way at 1.00pm.
These matches will give everybody a great opportunity to see how the squad is shaping up for the coming season. 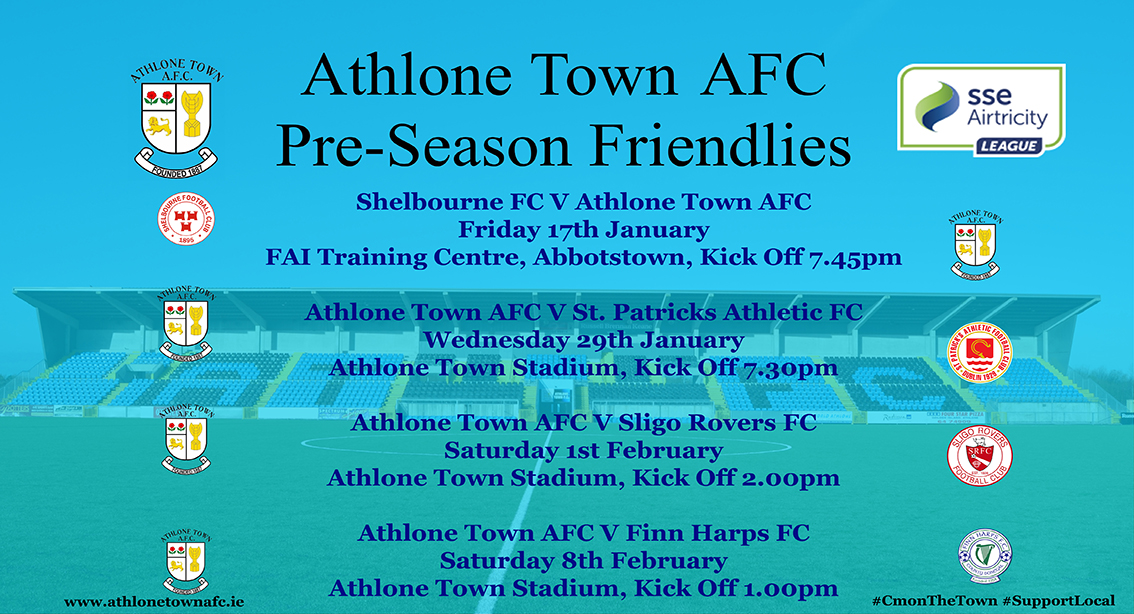 A big thank you to all at Lennons Fruit and Veg who have...

GAME CANCELLED DUE TO WEATHER CONDITIONS Along with signi...