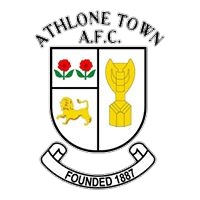 It's going to be a busy and important weekend for our underage teams as we have teams in semi finals and quarter finals.
First up on Saturday our U16 girls will get their U16 Midlandschoolboysgirls League campaign under way when they travel to take on local rivals Bealnamulla in Bealnamulla on Saturday at 1.45pm.
The U17 SSE Airtricity League team will travel to Ferrycarrrig Park to take on Wexford FC with a place in the Shield semi final at stake. Kick off is at 2.00pm.
The U15 SSE Airtricity League team are on the road to Solar 21 Park where they will face off against Mayo SL and the action will get under way at 2.00pm.
The U17 girls will host Bohemians in the U17 Só Hotels National League Shield semi final in the Athlone Town Stadium at 7pm. This is a huge game for the girls as the winners will take on Peamount or the Donegal Womens League in the Final.
The U17 DDSL team are on the road early on Sunday morning as they head to the AUL complex for their game with Shelbourne and kick off in this game is at 11.00am.
The U13 SSE Airtricity League team are at home in the Athlone Town Stadium on Sunday to Dundalk FC with the winners going through to the semi final. Kick off is at 2.00pm. 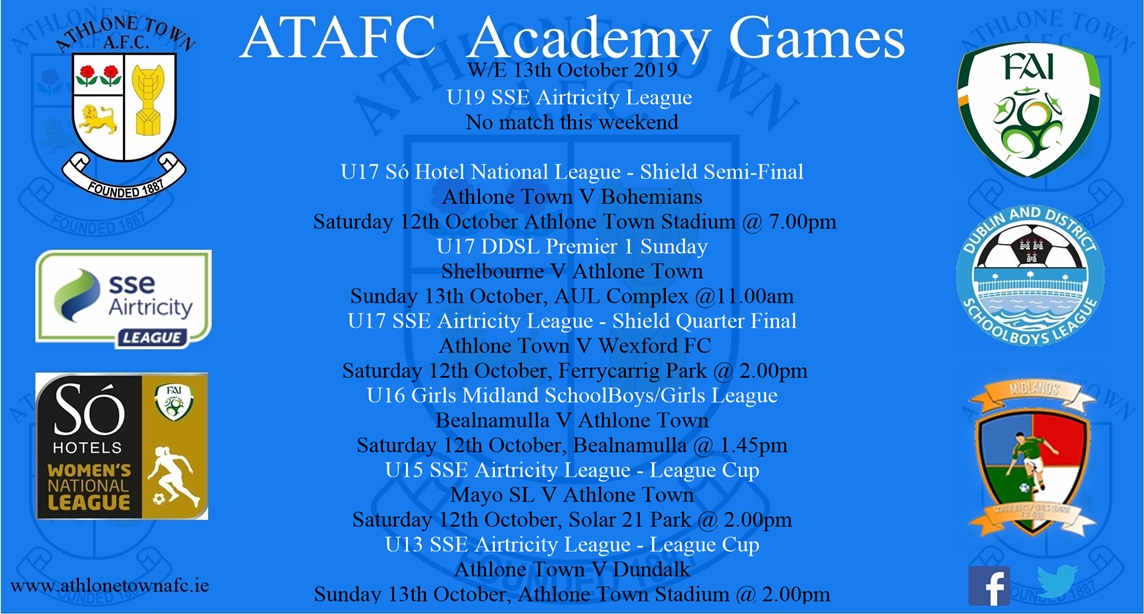 Head Coach Adrian Carberry has been working hard at asse...

As well as singing up players Tommy Hewitt has lined up ...

The second session of trials takes place this Friday 6th...

We are extremely delighted to announce that our applicat...